7 Secrets To Have A Continuously Productive Vegetable Garden 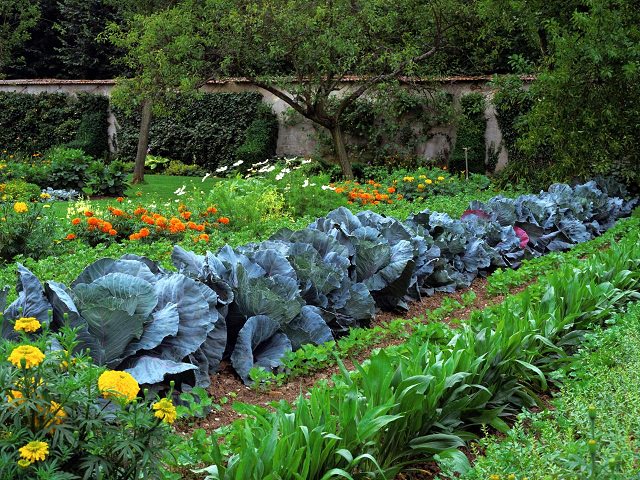 10 Aug 7 Secrets To Have A Continuously Productive Vegetable Garden

Posted at 09:32h in News by Cultivate WF
0 Likes
Share

Don’t you want a garden that will not only produce a bountiful harvest of fresh vegetables but also produce them continuously?

When you think of your dream gardens, you tend to imagine them producing a continuous and abundant supply of fresh produce over an extended period of time. You like to think of baskets full of juicy tomatoes, peppers, radishes, carrots or different lettuces to harvest month after month.

It is possible but unfortunately, we tend to forget how important timing and strategic planning in the garden are! For example, many enthusiastic gardeners have found themselves with heaps of their produce of vegetables ready for harvest all at once after joyously sowing the row after row all at the same time in early spring.

The fact here is if you plant everything at once, your harvest won’t be long and continuous but short and with too much to handle.

However, the more experienced gardeners among us know that the goal of a long harvest can be achieved with a few simple strategies: Managing the planting time with consideration of when the crops will be ready. Doing so can result in extended harvests that last through the season, offering up a variety of vegetables in abundance to the table.

By following these 7 tips you can do this, too

Fresh vegetables and herbs you think you’ll like to have more frequently and often in your kitchen, avoid planting them all at once in the same time. Instead, do successive planting! Start with a smaller crop and plant more in every 2 weeks. That way, there will always be something maturing and becoming ready to harvest every time instead of everything at once.

To make this easier to keep track of, keep a record of the dates you planted each successive crop in a small notebook.

Some plants do best when planted directly into the ground, while others prefer the method of transplanting, to get a head start indoors in early winter to late spring and on time. Beans, gourds, and root vegetables (or those with taproots), for example, don’t like being disturbed once planted. It is important to sow these directly when the atmosphere warms up.Tomatoes and peppers, however, have a long growing season and benefit from being started early indoors and later transplanted outside as seedlings. This is extra useful as you’ll have small plants ready to replace expired cool weather crops at the end of spring, resulting in a faster turnaround and increased production.

Similarly, if you live in a warm, frost-free climate you can start the cool weather crops in the fall before the beginning of winter.

Though many vegetables are very different from one another, you can place them into groups based on how they produce and how you harvest them. Some are a one-time producer, like carrots, onions, and corn. Such vegetables grow all season to produce a final crop and then die back once harvested. Others, like tomatoes, peppers, beans, lettuces,spinach, and cucumbers etc. keep producing many crops throughout the season, often until frost kills them in the fall.

Also Read: How to Grow Potatoes in Containers

Also Read: How to Make an Urban Vegetable Garden

In general, most people practice companion planting to make use of the beneficial relationships between different plants. For example, basil is often planted alongside tomatoes because it repels the tomato hornworm and is said to improve the tomatoes’ taste.

This can also work to increase the efficiency of your use of garden space as well as time. Radishes and carrots are both small root vegetables, but they mature at vastly different rates. Radishes mature in approximately thirty days, while carrots take a lot longer. Because of this, the two can be planted together quite closely because the radishes will mature and be harvested long before the carrots get big enough to feel crowded.

Shallow rooted, shade-tolerant plants like lettuces can be planted beneath taller sun lovers like tomatoes to maximize the use of your garden space.

Perennial plants can be a great time saver in the garden once they get established. These plants come back on their own year after year and often require less maintenance than annuals as they are more of a plant-and-forget type of grower. Since they have been established longer than the newly planted annuals, they often produce earlier in the spring or later in the fall, filling in the gaps where you may not have much else to harvest.

6. Build a Cold Frame or Greenhouse

Having a shelter for your plants will allow you to extend your growing season considerably, and thus, increase production in your garden. A greenhouse or cold frame will allow you to start growing things earlier in the spring and later in the fall (and potentially through winter). This means you could be harvesting edibles at any time of the year!

Experimenting is one of the most fun and exciting parts of gardening, and there is always something to learn when growing new crops. It takes some trial and error to get the hang of growing something new, so if you have space it is a great idea to keep a bed or two for experimental planting always. This can provide you with new and exciting things to mix in with your old favorites from the garden.