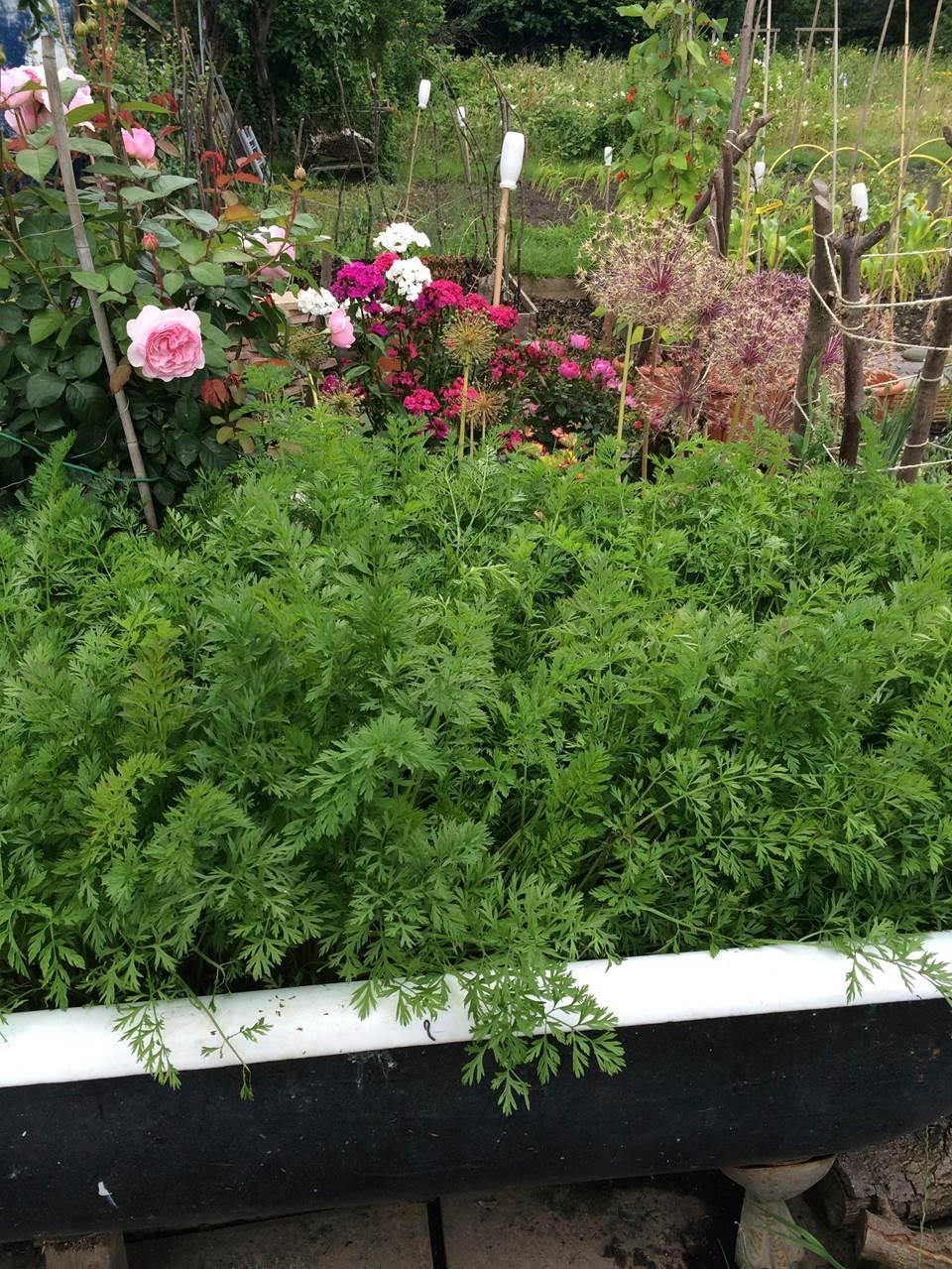 Posted at 08:52h in News by Cultivate WF
0 Likes
Share

Back in April 2014, as part of the first Cultivate Festival, we won a 5-rod plot on the Seymour Road Allotment site. We felt like we’d won the lottery. 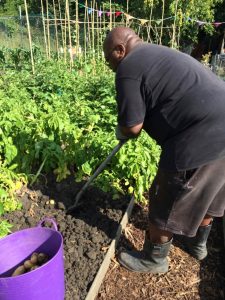 Our plot was inherited from a family that had been there since the site began. The brother and sister were now unable to work the land so they had decided to give it up. They had taken it over from their father. We were delighted to be offered their plot and to take it on.

Really it was more like a meadow. We worked hard and the land was cleared of couch grass, bindweed, bramble, dandelions and other weeds (it seems strange referring to them as that and not wildflowers) they can’t stay if we’re going to be growing produce. Now no doubt many of you are rolling your eyes at ‘dug out bindweed’ – yes we painstakingly dug and took out as much as we possibly could. We now manage it and remove as soon as it’s spotted.

Within 3 months we had transformed the plot and even had produce growing. That’s no mean feat especially seeing as we hadn’t prepared anything for growing as we only took on the plot in April. Our fellow allotmenteers were so generous with their encouragement, offerings and advice. We were given chitted potatoes and many plants.  A friend gave us some melon plants and said have a go. We had melons growing outside; they weren’t very sweet but melons in Leyton and not in a greenhouse! 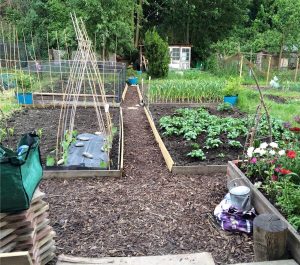 tion and use nematodes, eggshells and beer traps to control slugs and snails. Enviromesh and netting are used as barriers against pests such as the carrot root fly, large white butterflies (the dreaded cabbage white) and birds that would strip cabbages in a blinking of an eye. Companion flowers, such as nasturtians, get planted to lure blackfly away from the beans. We plant green manures to over-winter on some of the land and add horse manure and cover.  Covering it was a fabulous tip given by a fellow allotmenteer. He informed us  “it’s been the best money he’d ever spent”.  He has used the thick polythene for many years.

Last year we took part in the Walthamstow beer project, www.cultivatewf.org/walthamstow-beer-needs-you/. We grew our hop plant in a container, unfortunately no hops formed. This year we’ve bought another plant and they’ve both been planted in the ground. It was the right move as we’ve already seen signs of the hops growing. 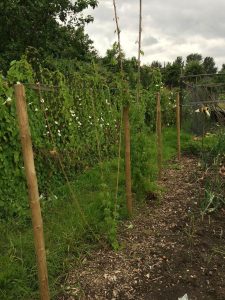 Each year has been different. Last year we had a bumper crop of whoppers by way of potatoes, one weighed in at 834 grams. This year we’ve lost all our potatoes not to blight but to flooding. It’s been such a wet year. On one particular day in June we measured that 15 centimeters had fallen, the ground was already saturated. Drainage and evaporation has been slow. Hey ho we’ll get some more beans sown and plant green manure – swings and roundabouts.

If I were to give advice to anyone who was thinking of acquiring an allotment I would say start with half a plot, many sites practise this, it’s not so daunting. To listen to all advice, smile
and take from it what suits (that tip was given to us when we first started out). To plant what you eat but to also experiment, we never would’ve thought of trying melons. If you have children get them involved, make a little patch for them and teach them what is a weed (little hands and shorter legs are much better at removing weeds), you’ll encourage them to love the environment.