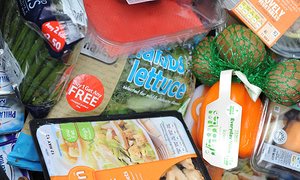 Posted at 14:08h in News by Cultivate WF
0 Likes
Share 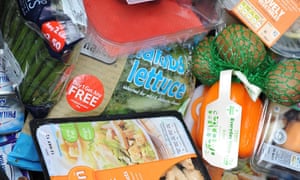 Britain’s leading supermarkets have pledged to drive down food and drink waste by a fifth within the next decade.

Retailers including Asda, Sainsbury’s, Tesco and Morrisons are backing a voluntary agreement, which also targets a 20% reduction in greenhouse gas emissions created by the food and drink industry.

Some 24 local authorities, including the London Water and Recycling Board, and major brands and manufacturers such as Coca-Cola, Nestle and Pizza Hut have also committed to the agreement produced by the Waste and Resources Action Programme (Wrap).

The charity, working on behalf of the government and devolved powers in Wales and Scotland, hailed the deal as the first of its kind and said it would usher in a “new era” for the industry. It comes days after Tesco, the UK’s biggest grocery chain, committed to sending no surplus food to waste from its stores by the end of next year by redistributing it to charities.

Annual food waste from UK households, hospitality and food service, food manufacture and the retail and wholesale sectors amounts to around 12m tonnes, 75% of which could have been avoided, according to studies by Wrap. The waste was valued at more than £19bn a year, and was associated with at least 20m tonnes of greenhouse gas emissions.

The agreement, which has 98 signatories, also hopes to reduce water use in the food and drink industry’s supply chains. Wrap estimates the agreement, called the Courtauld Commitment 2025, will save the UK economy around £20bn and put the country on track to meet the UN’s Sustainable Development Goal to halve food waste by retailers and consumers by 2030.

Dr Richard Swannell, director of sustainable food systems at Wrap, said: “To safeguard UK food we need a step-change to increase sustainable food and drink production and consumption, conserve resources and combat climate change. Courtauld 2025 will do this.

“This is an ambitious undertaking and having key signatories on board on day one puts us in a strong position at the start of this new era for our food industry.”

Department for Environment, Food and Rural Affairs (Defra) minister Rory Stewart said: “Food waste – at any stage from the farm to the house – is something we should avoid. It wastes precious water and resources. So I am delighted that this great group of food and drink companies has come together with Wrap to reduce our food waste.

“Under the last framework we have already reduced food waste in the supply chain by 10%. And this team-work and leadership should allow us to go much further.”