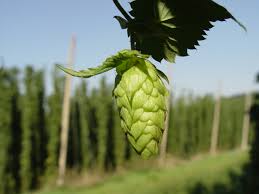 Posted at 14:24h in News by Cultivate WF
0 Likes
Share

It all started in 2012, south of the river, when Brixton-based food growing group City Farmers hit on the idea of growing the hops for, and brewing, a community beer. Caroline Holtum, a local resident launched and lead the hugely successful Walthamstow Beer community project in 2014 and 2015. Caroline has handed over the project resigns this year to Sarah Allan. Sarah is studying garden design and is aiming to encourage as many residents as possible to participate in this year’s hop growing activities.

To date, the project has seen residents signing-up to grow hops in any space they had available: gardens, balconies, allotments – the hops were sprouting everywhere! It has been a learning curve for everyone, with challenges ranging from pests to “which way up do we plant the hops”. Participants pulled together to find solutions to problems they never knew existed and to share stories of their crop success!

In late Summer 2015, the hops were harvested and delivered to the East London Brewing Company. Project participants hand harvested the hops from the vines before these were brewed into a very special one-off green hopped beer. The efforts of the community yielded 26kgs of hop cones (double the yield of the 2014 project) which were used to brew 2 kegs, 13 casks and 564 bottles of beer. The beer was shared out amongst the growers as well as making an appearance in several pubs in Walthamstow, including the Ye Old Rose & Crown, The Bell and The Nags Head.

Residents interested in joining the 2016 project will need to sign-up by Saturday 12th March and collect their Hop Pack from Sarah on Sunday 20th March. It costs £20 to join in. That gets you one hop rhizome, hop twine, a couple of stakes, a fertiliser pack, growing instructions and (here’s the important bit!) your share of the beer once its brewed. How much beer will be produced will depend on the success of the growing season.

If you would like to sign up to receive a Hop Pack and start growing your contribution to Walthamstow Beer, please email Sarah at Walthamstow.beer@gmail.com by Saturday 12th March.